Understanding shopping it’s the secret of the uses of our world!
Carl William Brown

Central banks don’t have divine wisdom. They try to do the best analysis they can and must be prepared to stand or fall by the quality of that analysis.
Mary Kay Ash

If All the Economists Were Laid End to End, Would They Reach a Conclusion?
George Bernard Shaw


If investments in banks fall, it is a tragedy, and people say, ‘What are we going to do?’ but if people die of hunger, have nothing to eat or suffer from poor health, that’s nothing.
Pope Francis

Banking in the modern sense of the word can be traced to medieval and early Renaissance Italy, to the rich cities in the north like Florence, Venice and Genoa. The Bardi and Peruzzi families dominated banking in 14th century Florence, establishing branches in many other parts of Europe. Perhaps the most famous Italian bank was the Medici bank, set up by Giovanni Medici in 1397. Now, at this point of the matter, you must also consider and remember that the Medici used to spend their Holidays at Seravezza, a small village close to the Apuan Alps belonging to the Province of Lucca, in northern Tuscany, Italy. It is located in Versilia, above Forte dei Marmi. Now, you can start noticing why these series of blogs are named Fort Attack Project!   www.fortattack.com

Economics is the social science that studies the production, distribution, and consumption of goods and services. Economics aims to explain how economies work and how economic agents interact. Economic analysis is applied throughout society, in business, finance and government, but also in crime, education, the family, health, law, politics, religion, social institutions, sex, war, and science.

Most trading consists of long periods of small winners and losers followed by a few huge winners that make the difference between overall profitability and simply breaking even or losing due to trading costs (commissions, spread, and slippage). It is our ability to let the huge winners become just that – huge – that determines how we will perform overall during the year. 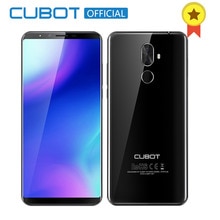 Always be polite to possible murderers: that was the twenty-four-hour-shopping philosophy.
Kate Griffin